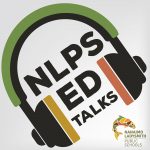 Born in the south side of Chicago and growing up in what was once known to be the poorest neighourhood in the United States, Dionte shares his story of living in the Robert Taylor Homes projects and attending school in areas plagued by gangs, drugs and violence. Dionte also shares his inspiration and key figures in his life that helped him succeed in school, sports and music. After receiving his psychology and education degree, Dionte returned to where he grew up where he helped shape minds in the classroom and on the field. He’s got a close connection with First Nations schools in BC and shares his secret to success at Ladysmith Intermediate.